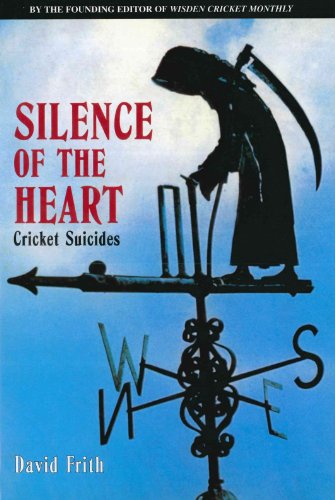 Cricket has an alarming suicide rate.

Among international players for England and several other countries it is far above the national average for all sports: and there have been numerous instances at other levels of the game.

For thirty years, celebrated cricket author David Frith has collected data on this sad subject. Silence of the Heart is his compelling account of over a hundred cricketers - involving top names from the past hundred years - who have taken their own lives, with an explanation of factors that led to their premature deaths.

Can the shocking rate of self-destruction among cricketers be reduced? Can those who run the game do something to save its participants from this dreadful fate? These are among the questions addressed within this catalogue of biographies. But the key question is whether cricket itself is to blame for its losses - or is that this summer game attracts people of a melancholic and over-sensitive nature?

Stoddart, Shrewsbury, Gimblett, Bairstow, Trott, Iverson, Robertson-Glasgow, Barnes . . . There remains a sense of disbelief that these high-profile cricketers killed themselves. And many more cases are examined in this extraordinary book, which comes crammed with detail, is not devoid of humour, and must rank among the most intricately researched volumes in cricket's extensive library.

With a foreword by former England captain Mike Brearley, now a psychotherapist, Silence of the Heart is a startling investigative narrative covering the phenomenon of cricket's unduly high level of suicide.